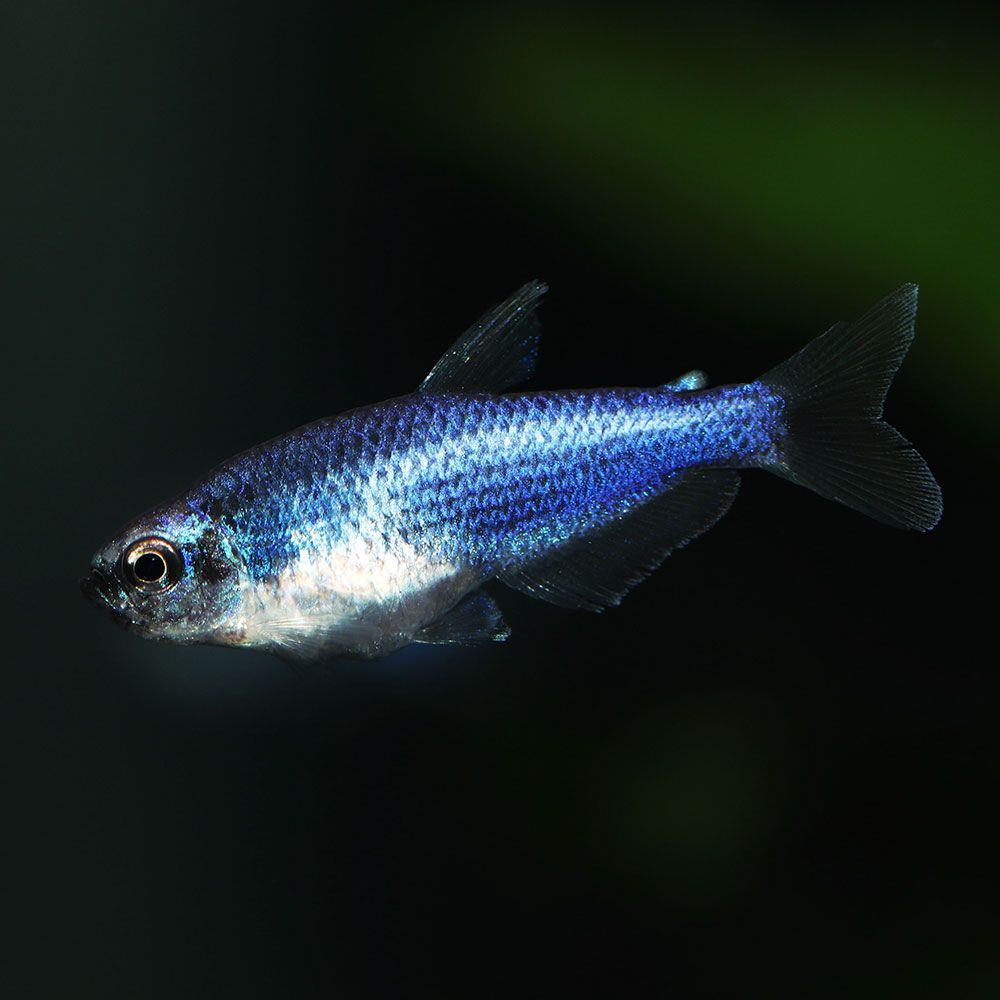 Desiring an eye-catching addition to the community aquarium? That’s where the blue emperor tetra becomes a straightforward answer. It’s a super descent species with reflective blue coloration with adorable characteristics and behavior.

The blue emperor is a peaceful hardy fish native to the South American freshwater and now comes to the aquarium trades.

With only two inches of a full-grown adult, a ten-gallon aquarium would be a great new environment. On the other hand, you can practically find this species in the market at reasonable prices.

Blue emperor tetra is a freshwater species native to the San Juan River basins. The natural habitat of this species is a warmer water environment with slow-moving streams. Blue emperor tetra has become popular among aquarists and has been widely bred in captivity with no problems.

Emperor certainly stands for its name and became famous soon after being introduced to home aquariums in the 60s. As one of the most popular tetras, the Blue emperor tetra has distinctive yet attractive colors and markings that make them bold in the community tank.

They appear with a blue-gray or purple-gray body with mauve tones while they are yellow with a blacked edge on the outer periphery but get reddish when getting closer to the body.

They also have a dark stripe that extends from the head to the tail that also becomes the separator between the darker-colored upper body and lighter lower body. Purple emperor tetra has an almost iridescent sheen display.

Emperor is a small fish species that can only be around two inches in length as an adult. However, some aquarists find Blue emperor tetra can grow even longer in captivity especially in the larger tank. They would keep the regular size in the regular tank.

Blue emperor tetra isn’t a schooling or shoaling species but this tetra loves to swim in unison if you keep more fish in the community tank. That’s why these tend to be more active in the tank when kept in larger groups.

Blue emperor tetra can live up to six-year with proper care.

The lifespan would depend on the water conditions, level of care, and level of stress. At this point, the aquarium environment must have good water conditions. They can live longer as their needs are accommodated and with your best care.

On the other hand, it’s very important to buy them from a reputable seller. This way, you may avoid buying specimens with particular health and genetic issues.

The bottom set up with a robust plant and dark substrate is highly preferable. This tetra can thrive in moderately hard water as long as partial water changes are applied regularly.

Caring them isn’t difficult, which makes them even more popular among aquarists. They require minimum maintenance and aren’t picky on food. However, you’d still need to take proper measures to provide the best care possible for this tropical fish species.

Blue emperor tetra is small but you’d likely keep several specimens together so the actual tank size would depend on the size of the group. In the end, aquarists would also need to weigh the entire community size to determine the proper size of the tank.

Generally speaking, you can use a 10-gallon tank to keep a small group but you need a 20-gallon size to accommodate a larger community. Even though Blue emperor tetra doesn’t require much room to swim around, don’t overcrowd the tank.

If you want to add more species to the community tank along with Blue emperor tetra, you’d likely need a 30-gallon or larger aquarium.

Replicating the water conditions of Blue emperor tetra’s natural habitat is the best approach. You better keep the pH value of 5.0 to 7.8 and water hardness of 3 to 8dKH. Since they’re tropical fish species, the water temperature ranges between 73 °F to 81 °F.

The ideal water conditions are generally warm and slightly hard with slow-moving streams. At this point, you must equip the community tank with a robust filtration system and as well thermostat-equipped heater. Partial water changes are also important to keep the best quality water throughout time.

We’ve described at glance the tank decoration but you can extend it further. The best approach is to copy the environment characteristics into the aquarium environment. In general, you need to set up many hiding places and subdued lighting.

Despite using the darker substrate, you can also use floating plants to diffuse the light. Caves and robust plantations will provide blue emperor tetra with shelters and things to explore in the tank. However, you’d need to ensure leaving ample room among densely planted areas.

Make use of rocks, driftwood and artificial ornaments to enrich your tank decorations. You can add diverse elements but keep them proportional. Use only high-quality products you can obtain from reputable vendors.

Emperor is just like other schooling characters. They are polygamous so you better keep groups of six fish with one alpha male. Generally speaking, Blue emperor tetra can live well in the small community tank even with other peaceful species.

Avoid boisterous species living in the community aquarium because they may get intimidated. Don’t keep your tetras with larger, aggressive fish species that can prey on them.

There are some compatible species to live with these peacefully. Despite other tetras, you can also consider Danios, Corydoras, Rasboras, Loricariids, Dwarf cichlids, and Pencilfish.

Among them, you can choose the ones that can contrast visually the Blue emperor tetra to enhance the showcase of your community tank.

Emperors are omnivorous but they are not picky on foods. In their native habitat, this tetra eats larvae, worms, and tiny crustaceans. However, they can accept fish flakes or pellets with no problems.

Despite the main staples, you can also supplement their diet with high-protein snacks. It’s also important to supply the community tank with blue emperor tetra with varied diets. Whenever available, you can feed them with brine shrimp, daphnia, tubifex, and freeze-dried bloodworms.

On the other hand, balanced nutrients and high-quality foods would enhance the beautiful color in your tank. With consistent efforts, feeding would be a rewarding experience.

Male and female blue emperor tetras can be easily differentiated by appearance. You can notice males appear to have a trident on their body due to the extended ray in the caudal fin and have a flatter body. Female has shorter dorsal and caudal fins while having a plumper body.

As polygamous species, a school of tetra should have several females for one male. Balanced numbers of both genders can create competition that ends with aggression. A breeding group would be better relocated to a separate breeding tank.

Males can be aggressive and territorial when spawning. Condition and treat the breeding tank with live foods.

Meanwhile, separate male and female fish for 24-48 hours before taking them together into the conditioned spawning tank.

Keep the water conditions optimum for spawning in the breeding tank. Maintain the pH value of 7.0 and keep the water temperature at 80-82 F. Set no substrate in the tank bottom, add floating plants, and employ subdued lighting. Adjust the water to be softer than the original community tank.

Females would lay 50-100 eggs in the breeding tank typically at dawn. Since parents typically eat the eggs, you better remove them from the breeding tank after spawning has finished. Equip the hatching environment with a sponge filter to prevent harmless materials from damaging the fry.

As they’ve hatched within 48 hours, you can feed the fry with infusoria or micro foods.  Keep the water not too acidic in the growing tank so the fry won’t develop digestive disturbances.

You can start feeding them larger foods as they’re growing before relocating them into the community tank.