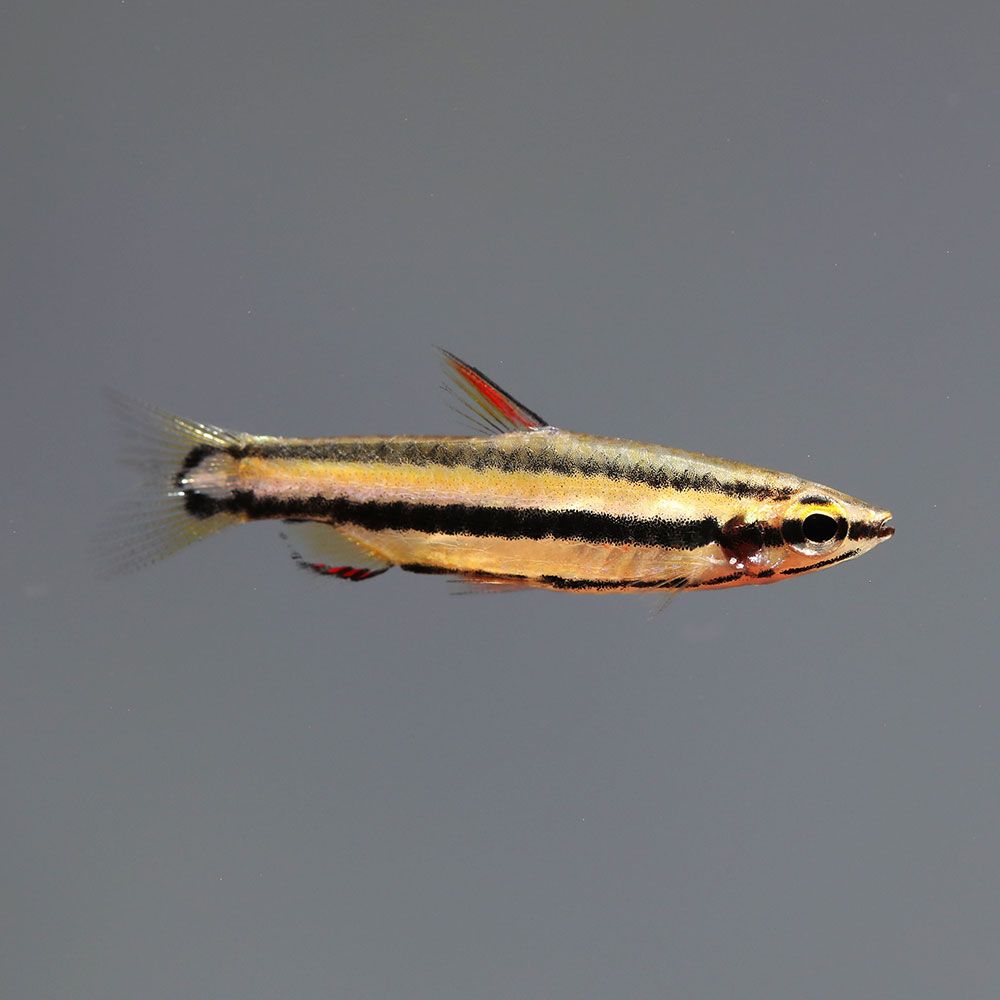 Jaws-toothed fish are always a remarkable excitement for aquarists. Among those families, It always comes as one of the top options among aquarium hobbyists.

With almost 2000 different species, you can have a robust and unique appearance from Characiformes fish. Breeding and maintaining them could be challenging but the effort.

It is an exotic freshwater fish family that refers to thousands of different species found in Africa and most parts of America(north, central, and south).

These fish can survive and grow in 20-gallon tanks with specific care and warmer water. It can refer to those piranhas and tetras that are happier with larger schools in the environment(aquarium).

This or the Characins are ray-finned fish that refers to the back adipose fin situated between the tail and dorsal fin.

These fish are native to the tropical regions including Africa, part of North America, Central America, and of course, South America.

In the Aquarium industry, the popular Characiformes fish are those Tetras that originated throughout the Great River Amazon.

They’re simply the tropical fish that live in the rivers, streams, ponds and lakes with an acidic but soft water environment and a small range of water temperature(28 C to 30 C).

It covers at least five families that give you thousands of species under its name.

These cover the smallest fish Paracheirodon innesi that’s only 5cm long to the largest one Rooseveltiella nattereri or renowned as the Red Belly Piranha which can go up to 30cm long. While they have different sizes, all of them share the same characteristic: that ray fin.

When it comes to the aquarium environment, some names have gained popularity among aquarists. Taking care of these fish could be challenging and not all species are recommended for domestication as they require professional handling.

Tetras could have been the most popular species of the Characin family that currently live in the aquarium.

The main attractions of this fish, especially the tetras, include their eye-catching coloring and schooling behavior.

They’d swim around your tank instead of being territorial in the aquarium which makes them enjoyable to watch. Each species is distinctive and has attractive colors.

There are up to 2000 species of Characiformes but they can be reduced to hundreds referring to their readiness for an aquarium environment.

Some exotic species aren’t recommended for beginner aquarists since they may require specific handling, tools, and tank setup.

These are some Characiformes species you can consider for your aquarium

They’re standard fish that every aquarist can start with but you better research each species further before deciding ones to live in your tank.

This species, especially the tetras, need a specific tank set up to produce an aquarium environment that can accommodate or recreate its natural environment. Therefore, you need to properly take care of the water parameters, use an ideal tank, and apply water features.

They are absolute freshwater fish that can’t tolerate saltwater or brackish water. Be mindful when using salty materials for maintenance or other purposes.

These fish live in an acid water environment so you need to control the water pH range of 6.0 – 7.5. Be sure to also count other tank elements that may affect the current water acidity. Keep the water free from ammonia or under 5 ppm to prevent health issues.

You need to keep the water hardness no more than 8.0 dGH or your Characiformes fish may experience some health issues. Your tetras may have dull colors when the water goes above the proper hardness.

All fish are tropical species that need warmer water of 28 C to 30 C. Keep the Nitrites and Nitrates at the lowest ppm or 0 levels for the best aquarium environment.

It’s very important to change the aquarium water regularly depending on the feeding frequency per day and week, the produced waste, the amount of Characiformes in a tank, and other possible factors.

They generally need more swimming space and proper schooling. The tank must have open swimming sections and areas with robust aquatic plants.

The aquarium must be 20 gallons or bigger with a horizontal aquarium that is ideal to cater to the shallow to moderate water depth. This way, fish can be schooled with no problems in the tank.

You better set up heavily planted spaces in the aquarium with plant-grade substrate and proper lighting to promote a comfortable breeding environment for tetras.

Not only does it require warmer water, but Characiformes live in mild currents so you need to set the modest current flow. You may require low-output pumps on your tank setup instead of the robust ones. A thermometer and thermostat would be an inevitable investment for the tank setup.

You can boost the aquarium environment with additional elements to help them easily thrive. These include floating plants, leaf litter, tannins, and other materials.

It can survive and get along well in the community aquarium with non-aggressive inhabitants that share the same carnivore diet. You can’t, of course, put omnivore fish in the same tank except they’re meant to be the living foods.

The basic rule for aquariums is to put at least six tetras for a school but a larger population would be ideal for them. You can put up to 30 Characiformes fish in the same 20-gallon aquarium.

You can have different Characiformes species in the aquarium but be sure to have six fish for each species so they can properly school around the tank. They prefer living in large schools and that’s also how they would breed, spawn, and birth. Other fish could be food for them.

If you’re a beginner aquarist, you better avoid this species: Piranha. It requires specific handling and would simply eat all other fish in the aquarium. Piranha is one of those exotic species you better avoid when considering Characiformes for your aquarium.

Some fish aren’t picky on foods in general as they’d accept flakes, frozen foods, and live foods with no problem. Some species can even accept ordinary aquarium foods. However, since they’re carnivore fish, meaty foods are the main source of their nutrients.

This fish would only be breeding, spawning, and giving birth in large numbers. Males would attract females by displaying to rival males on the particular spots in the tank they’ve chosen.

The robust and densely planted areas would become the perfect place for Characiformes’ courtship and breeding.

Males and females in courtship would flash their fins and come closer to each other. Whenever successful, females would release the eggs and the males would fertilize them.

The substrate, plantation, vegetation, or egg traps you’ve previously set would be where the eggs will fall into. Characiformes, especially tetras, can lay up to 300 eggs in breeding where the hatching rate is way lower than the number.

The number of surviving fry from eggs would depend on two main factors. First, some eggs could be too sensitive to the water conditions(too acidic or less acidic). Second, the parents may eat the eggs as a natural habit of adults. While the second scenario looks rude, it’s effective population control.

With hundreds of eggs to hatch into fry, you’d soon have an overpopulation problem for your 20-gallon tank. Except you’re a professional breeder, you don’t necessarily need a separate breeding tank for them.

Characiformes have thousands of different species spread into several families. While they’re different in size and colors, they share the same characteristics including the ray-finned on the back, jaws toothed, and can generally live well in community aquariums except for the Piranha.

Tetras are the most popular ones for aquarium trades. Some of these tetras have calmer personalities and are not picky about foods. That’s why tetras are standard choices that every curious Characiformes aquarist can start with.