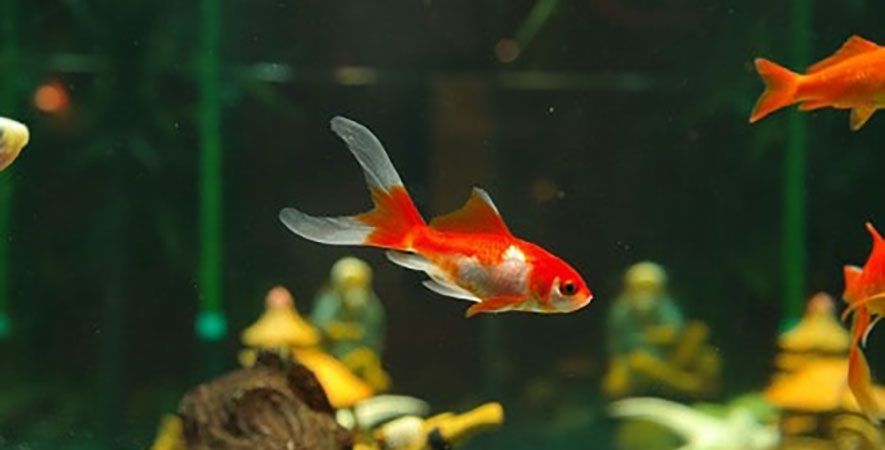 There are a bunch of such questions that often start crowding our thoughts. But what is the actual truth behind it?

In summary, the answer to “do fish pee or poop” is a Yes! Fish pee and poop to eliminate wastes from their body and keep their systems functional.

Yes, fish do urinate quite often. Fish use their kidneys to produce urine in their body for micturition. The fish pee contains ammonium, phosphorus and urea. While the urine of the fish helps the growth of small aquatic plants on the reefs, the way to excrete the urine out of their body is entirely dependent on a fish’s anatomy.

Most of us might not have ever seen them peeing the way we do. Even if they pee, it is not much visible, as we can barely understand what they are doing underwater. These cuties have many mysteries hidden in their body, which makes us more curious about them.

Fish produce some waste in their bodies due to their metabolic processes. Peeing is one way for them to get rid of waste, which is commonly known as excretion.

You may not catch them peeing prominently, fish do urinate, which gets mixed in the water they are living in.

What do Fish Pee with?

Most fish use their gills for peeing, some pee through their urinary pores.

The fish whose kidneys are not very active or functional tend to urinate through gills.

Urinary pores are present in those fish that eliminate urine after proper filtration through kidneys.

Many fish get rid of their urine through the tiny openings situated at their rear end.

Some fish prefer to pee through their skin.

How much do Fish Urinate?

How much a fish will pee is entirely dependent on the environment they are living in.

Why? That’s because of the difference in the salinity level of their outside environment and inside their body.

Fish tend to have thin skin around the places of their gills. Water continuously flows in or out of them through diffusion and osmosis.

In the case of freshwater fish, their bodily fluids and blood are more saline than the water in their surroundings. They constantly keep gaining water from their habitat.

They have two little kidneys and a bladder, which helps them to get rid of the unwanted liquid out of their body.

The kidney of freshwater fish prevents excessive solute loss as they contain more salt in their blood. Water gets diffused into the fish’s body through the osmosis process, which causes a large amount of water to accumulate in them.

After that, their kidney amplifies the amount of water passing through their urine. Hence, freshwater fish tend to excrete dilute urine more frequently.

Even though freshwater fish do not drink water like saltwater fish, the former feel the urge to pee more often due to their higher salinity level in the body.

Saltwater or marine fish have lesser salt content in their body compared to the surrounding water.

The highly concentrated brackish water sucks out the less saline water out of their body. Saltwater fish tend to lose water from their body constantly due to this osmosis process.

Also, their kidneys function in the opposite way than freshwater fish.

Saltwater fish compensate for this water loss by drinking adequate water, maintaining proper fluid balance in their body. The production of urine in saltwater fish is much lesser in quantity.

Their kidneys help them filter the excessive amount of salt to prevent the build-up of harmful substances in their body.

The urine they produce is highly concentrated and saline.

To maintain a healthy balance of their body and remove waste matters out of their system, fish poop. Both marine and freshwater fish excrete poop to get rid of waste matter.

It takes a much longer time for fish to poop. Their digestion system gets jammed up as they pick food. It takes several days for them to complete the digestion of the entire complex food.

How do Fish Poop?

Their pooping is much dependent on their bowel movement and the quantity and quality of food they eat regularly.

Betta fish come with a bladder in their bodies, which helps them perform the necessary peeing process.

Besides, betta fish also possess a small urethra. It is a tiny opening through which urine flows out of their bladder.

Betta fish pee through their gills, as they have tiny kidneys. Thus, if your fish is not peeing through its gills, then it must be having a poor immune system.

The idea about whether jellyfish pee or not is not at all clear.

Jellyfish are known to participate in the osmosis process for keeping themselves hydrated. Also, they extract excessive amounts of salt to maintain optimum salinity levels in their body.

As a fish urinates on coral reefs, the corals tend to wave their tentacles and absorb the necessary nutrients from their pee.

Are fish attracted to urine?

There is a well-known myth that fish are much attracted to urine. This myth was famous by the name candiru attack. Such tales were usually heard back in the 19th and early 20th centuries.

The myth says that a fish, named candiru, gets attracted by human urine in the water.

Whenever a person, usually men, urinates in the water, the fish tend to swim up into the urethra of the individual.

It is hard to find whether such incidents were even true or not. As per medical literature, there are only a few reports of candiru attacks.

Peeing and pooping are some of the common bodily functions observed in any organism, including fish.

As fish absorb or drink water through their gills or mouth, the water passes through their kidneys, which extracts out the waste matter from their body in the form of urine.

The answer to your question, do fish poop and pee, is a definite yes. It is a much necessary activity that fish perform to stay healthy and well-functioning.