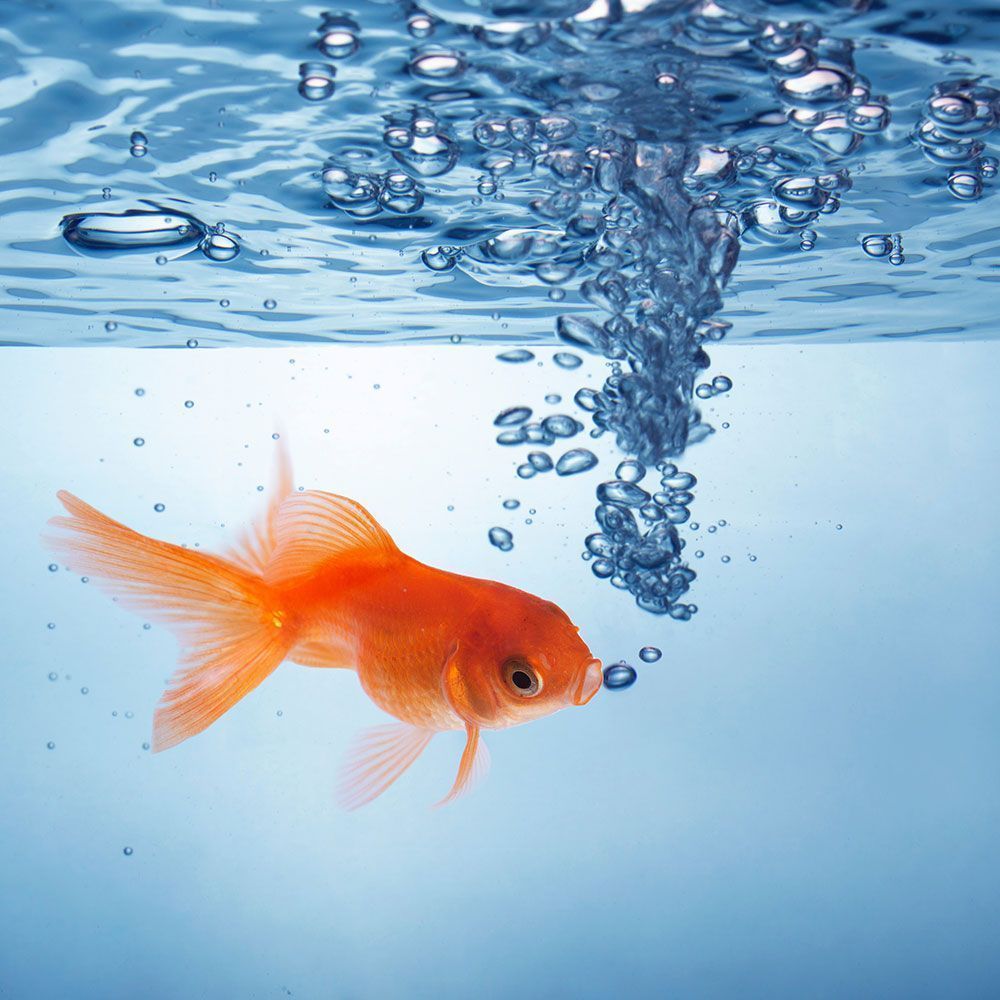 When it comes to breathing underwater, even a simple thought of it can give us an uncomfortable feeling. But then have you ever thought, how do fish breathe underwater so effortlessly?

They are created in a way that helps them to stay and breathe easily underwater.

How do fish breathe underwater? The short answer is they breathe through their sole respiratory organ, gills. As water passes through their gill’s surface, the tissues present in it absorb dissolved oxygen from the water and deliver it to their body to fulfill their breathing requirements.

How do Fish Breathe Underwater? The Detailed Explanation!

Fish are born with gills and breathe through them. Their respiratory organ is created to be highly efficient in extracting dissolved oxygen from the water and renders a constant supply of fresh oxygen to them.

Gills are positioned right under the operculum of fish. It is known as the gill slit.

The filaments present in the gills of fish are nicely organized in rows inside the gill arch area. Each of the filaments of the fish’s gill contains lamellae. These structures appear like discs that are supplied with blood capillaries.

Although the gills of fish occupy a tiny section of their body, the extensive respiratory surface formed by their gill filaments facilitates a highly efficient exchange of O2 dissolved in water to render effective breathing.

The process of breathing starts as fish intake water from the ocean through their gill’s surface. The water passes through gill filaments.

Their gills remain filled with blood. When water flows through their gill filaments absorb oxygen from the water and then move the oxygen to their bloodstream.

As blood moves in and out through the capillary network, the absorbed oxygen gets processed.

Then the circulatory system of the fish delivers oxygen to all tissues of the body.

Simultaneously, fish eliminate carbon dioxide in the same way through their gills.

It gets released from their body as water moves out through the gills via the openings situated on either side of their throat or through the operculum.

Fish like sharks, lampreys, etc., have multiple gill openings for enhanced breathing. On the other hand, bony fish like rohu have only a single gill opening on their side.

The number of gill openings present in the fish depends on their oxygen and respiratory requirements.

Why can’t Fish Breathe Out of Water?

Similar to us, even fish require oxygen to breathe while they swim underwater. Then, why can’t fish breathe out of water? The air we breathe also contains oxygen. Then, why is it difficult for them to breathe oxygen from air?

Fish don’t breathe oxygen from H2O. Instead, their gills extract O2, which remains dissolved in water.

Water is highly dense than air, and also air has 20 times more oxygen than that present in a similar volume of water.

Fish need to put more effort into extracting oxygen from water while moving it.

Being cold-blooded creatures, they do not require too much oxygen to survive. Their minimal breathing requirement is easily fulfilled through gills.

We hope, by now, you’ve got your answer to the question, how do fish breathe underwater. It feels pretty strange to know that while those marine cuties hover here and there so effortlessly, it takes a lot of their energy to extract oxygen just to breathe properly.

If you are keeping fish in your tank, make sure it has adequately oxygenated water so that your tiny aqua pets can breathe effortlessly.

Continuous ease of breathing helps fish to stay healthy, charged with immunity and prevent them getting suffocated.