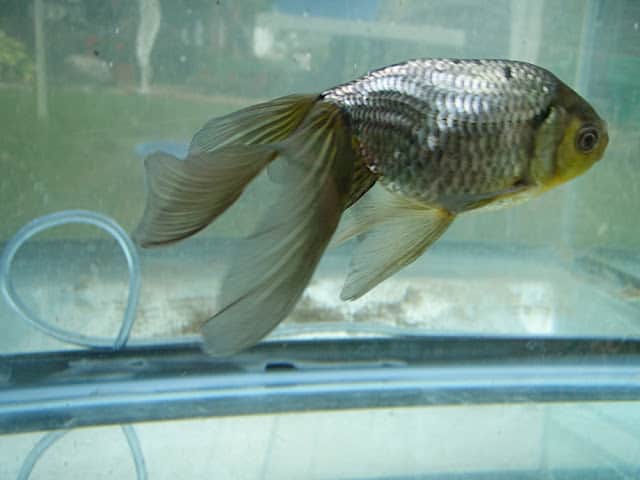 Goldfish have always caught the fancy of fish lovers for their beauty and grace. There are several types of goldfish to choose from and most of them can thrive easily in an indoor aquarium or outdoor fish ponds. Meteor goldfish is a type of fancy goldfish and one of its most unique characteristics is that it is tailless.

Origin of the Meteor goldfish

It is believed that this variety of goldfish was introduced during the late 19th-early 20th century by fish breeders. This breed of goldfish, however, is yet to be recognized by reputed goldfish societies.

Just like a falling meteor has a spherical or elliptical mass at the center and a long tail, this goldfish has no tail and elongated fins. The fins in a Meteor goldfish are longer than those seen in other fancy goldfish.

In most cases, a tailless goldfish in the fancy goldfish species is categorized as a Meteor. Specimens from other varieties of fancy goldfish that have small and almost diminished tail fin are also called meteor goldfish. It is because the absence of a tail is the most distinguishing feature of this type of goldfish.

Since this fish is rare and not many survive the breeding process, it is difficult to buy one. Fish breeders do not reproduce tailless goldfish from genuine Meteor goldfish. In most cases, this variant of goldfish is not considered a separate category of goldfish. Not much is known about this variety of goldfish and it is a rare type.

The Mariana Trench – Deepest Part of the Ocean