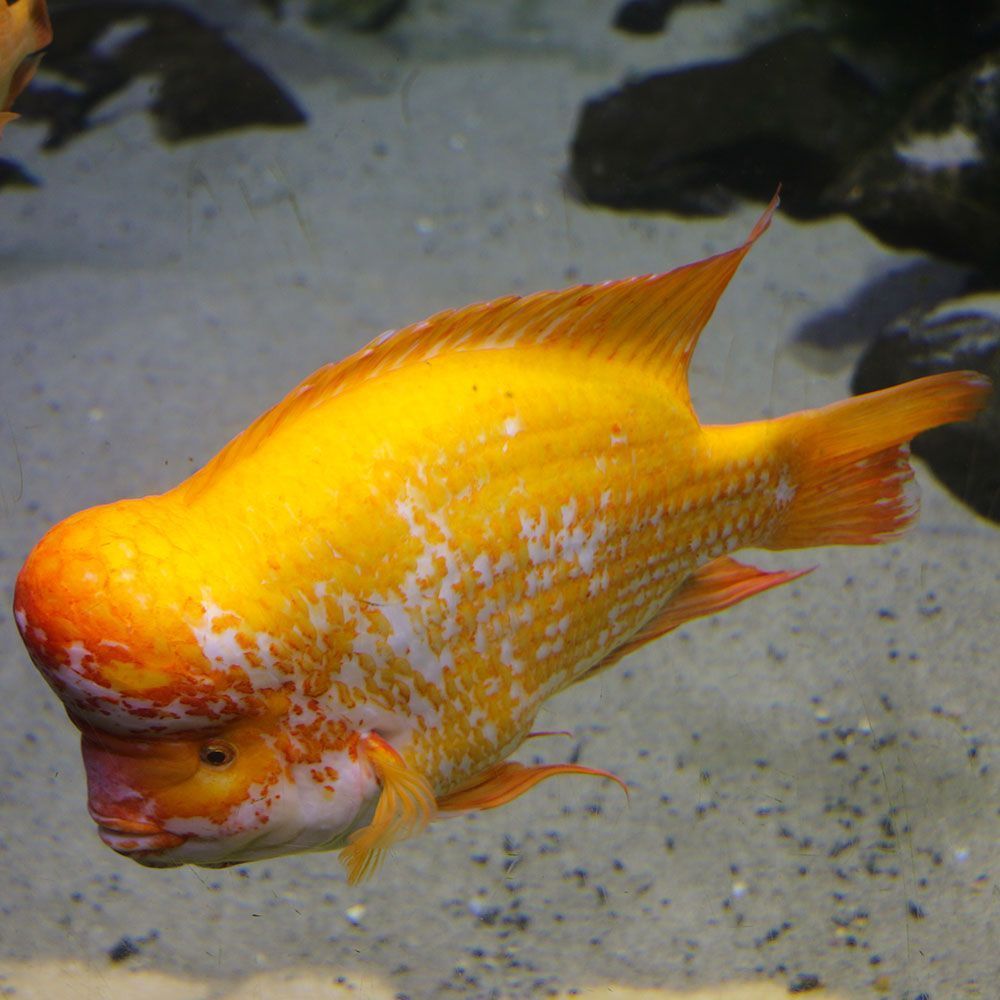 Do fish have brains? This is exactly what we all wanted to know throughout our life.

The behavior and actions of fish are pretty adorable. But do they have a brain that controls all their actions?

This is yet to be explored, which we will discuss throughout this article.

The answer to the question “do fish have brains”, is a “Yes”. In summary, the fish’s brain is one of the most important organs, which helps them perform all their survival needs and take action accordingly. Though fish’s brain is not as robust as humans or other animals, they do have intelligence.

Do Fish Have Brains? The Detailed Explanation!

Do they have a brain to perform all their activities, or are they just some lump of moving flesh that reacts to various life forces and incidents?

There are old myths about fish that they do not have brains or have a concise memory, but either of them is not valid. Looking at some of their regular activities, it is evident that fish do have brains.

As you feed your fish in your home aquarium, you will find them reacting in various ways.

Sometimes they tend to gather at the top of the tank or sometimes hover near the bottom area of the tank to collect the food.

You may find that your fish tends to come to the front of the tank glass and follow you as you walk past it.

Why? That’s because you owe them some food. If a fish lacks a brain or memory, how would it be able to recognize you as the feeder? Sounds logical, right?

The Function of the Brain in Fish

The brain function in fish is quite similar to any other animal. Fish require a brain to control their necessary physical tasks like eating, swimming, responding to incidents, reproduction, etc.

They do have some reflexive actions, which shows how well-performing their brain is. For example, fish swim to survive when they see a shadow from above.

Then, they return to their birthplace for spawning.

They are also quite selective enough about eating. If they intake anything wrong in their mouth, they tend to spit it out.

Brains in fish also help them react to stress, suffering or pain, making them run away from or eliminate the potential threat approaching them.

All these activities show that fish have something that sends them signals to do the right things based on the situation. And this is nothing but their brain, which makes them take every action effectively.

Intelligence is referred to as the process, which helps acquire and store memory, retrieve, combine, and compare facts as per the context of various new information and conceptual skills.

Intelligence facilitates better learning and making proper use of the brain to use it in daily life.

Now, the question, how do you understand your fish’s intelligence? As you make new décor additions to your tank or introduce a new tank mate, you will see some changes happening in the fish tank.

If you notice closely, you’ll see that fish in your tank strive to test the new fish or the accessory until they get a satisfactory answer that it is safe enough for them. Then, they try to gulp the overall fact about what is happening around them.

The most interesting part about fish is that they are much more intelligent than we can ever think of.

In various cases, their cognitive powers even tend to match or exceed the improved vertebrates.

The long-time memory in a fish helps it keep track of all kinds of social and complex relationships.

Their memory helps them have a great survival strategy in any environment.

Do they recognize and understand you? Maybe there are some positive signs for you.

Not only can fish recognize human faces completely, but some can also detect specified human faces.

Fish are smarter enough to pick up various details and nuances, making each individual appear unique.

The size of a brain is usually measured in comparison to body weight and size. When it comes to a fish’s brain, it is typically a smaller one, relative to the size of their body, compared to any other vertebrate.

It might sound funnier enough that even the community of fish have one of their dumbest species.

The dumb gulper shark is known to be the dumbest fish. It is a very rare and endangered deep-water dogfish.

It is only found on the eastern coast of Australia and in the isolated spots of the northern and western of New Zealand. However, why is it called the dumbest fish that is yet to be known!

Now that you know the dumbest of them all, you might be wondering, who is the smartest one, right?

They possess a giant rete, web of the blood vessels and capillaries in their brain, which renders them smartness.

In addition, their brains keep them warm enough when mantas tend to take a deep dive into the ocean to a significant depth.

The Fish with Highest IQ

Do you know even fish have an IQ measurement like us? Sounds funny, right!

The electrogenic elephant nose fish, which is a very popular African freshwater fish, possess one of the largest brain-to-body weight ratios among all other species.

They have the highest brain-to-body oxygen consumption ratio compared to other vertebrates, almost three times more than humans.

Brains in Fish as per the Species

The brain capacity and structure usually differ from one fish species to another. Hence, here is all you need to know about the different fish species.

Yes, goldfish do have a brain.

Not only do they possess a brain, but they are also quite intelligent. You can even find signs of memory in them, which makes them an impressive pet for your tank.

The cute little lovely bettas in your tank do have intelligence.

Though their brains are not as robust as mammals, they are functional enough, making bettas exhibit some emotions and reflexes.

They have quite an impressive memory.

Yes, koi fish do have brains.

Koi fish are equipped with long-term memory, and they possess some senses like humans or other mammals.

For example, they are great at remembering faces, and they can also recognize their name.

Starfish are highly popular for their incredible anatomy. These star-like living organisms are capable of regenerating their arms, which is very important for their survival.

But do starfish have brains? The answer to it is no. Starfish do not have brains.

They have a very simple nervous system that helps them make all the critical decisions for their survival.

The weird-looking blobfish is a resident of the coast of south-eastern Australia. The fun fact about them is that they do possess a brain to perform their daily survival needs.

We usually know that jellyfish do not have brains or hearts.

Jellyfish are named fish, they are not fish. They are invertebrates.

They possess brain cells or neurons, which give them the essential signals necessary for their survival. They have about 6000 neurons, which helps them process important information.

Did you get the answer to your query, do fish have brains?

Yes, they do have brains. Fish are much more intelligent than we can ever think of them. Their brain helps them react as per the situation they face.

For their survival in the aqua world, fish’s brain helps them take all the necessary actions.

They have a pretty significant memory, which allows them to recognize between potential threats, their owners, and other things.