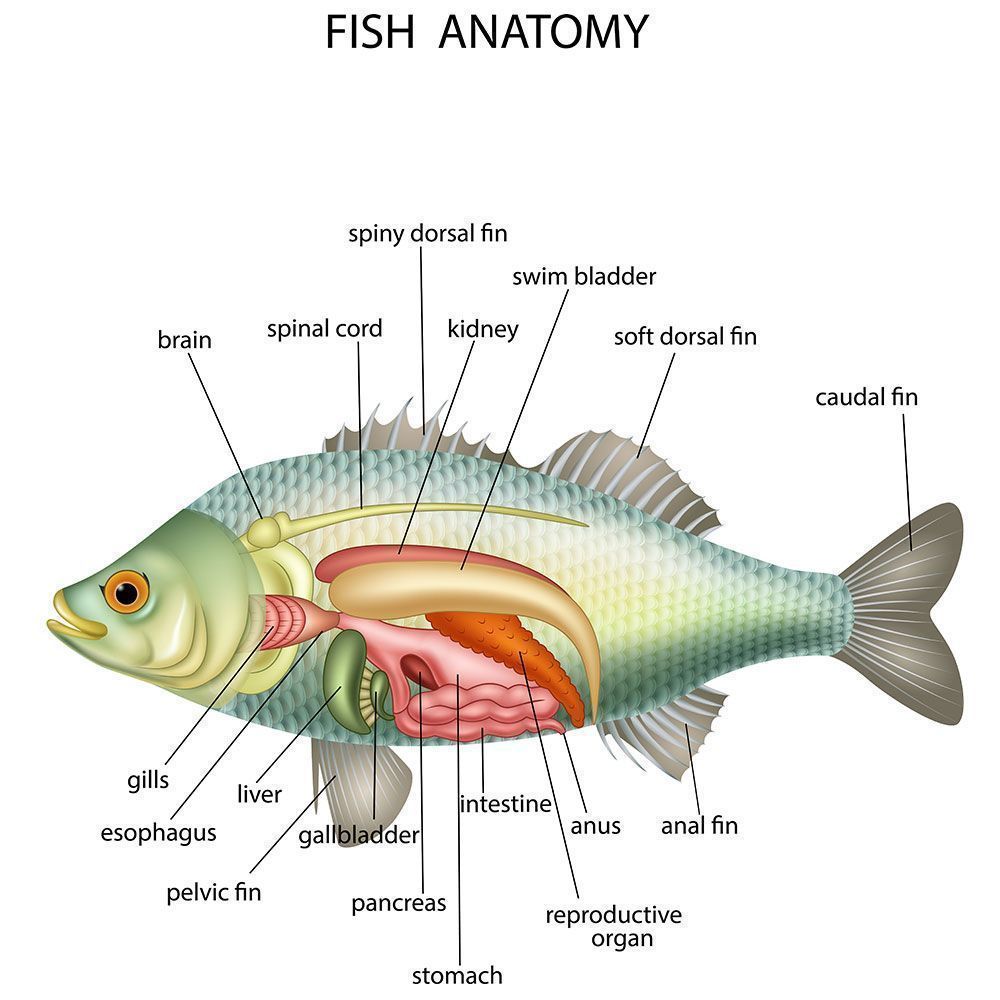 Do fish have hearts like us? All of us might have wondered this at some point in our childhood until our biology books spilled the beans. Well, yes, fish do possess a heart. But the structure of a fish’s heart is relatively simpler than other animals.

The fish heart is considered a two-compartment one, consisting of the atrium and ventricle that helps in blood circulation and blood pumping throughout the body. Thus, a fish’s heart is not so robustly featured as a human heart but is highly capable of processing venous blood.

Do fish have a heart?

Like any other species, fish also have a heart. The fish heart is one of the central parts of their anatomy, which serves as their main life force.

The workability of a fish heart is quite different from that of mammals or amphibians. The fish heart has one atrium, which receives blood from its entire body. And there is a ventricle that helps pump blood to fish’s gills, which facilitates gill circulation.

But do you know, fish blood is often considered impure? Why? Well, that’s because a fish heart has only one entry and exit compartment, which mixes up the deoxygenated and oxygenated blood. And this makes them cold-blooded.

How many chambers does it contain?

The heart of the fish is usually considered a two-chambered one. However, there are a variety of theories about it.

The atrium and ventricle in the fish heart are often called “true chambers,” while the other parts are called “accessory chambers.”

Well, here are the 4 compartments, which are aligned serially in a fish heart.

Sinus Venosus: It is one of the main components of a fish heart. Sinus venosus comes as a thin-walled sac or a reservoir that contains cardiac muscle. It collects deoxygenated blood through the incoming cardinal and hepatic veins.

Atrium: The atrium in a fish heart is more like a thick-walled muscular chamber that sends blood to the ventricle area for further functions.

Ventricle: The ventricle is another prominent chamber in a fish’s heart. It is a thick-walled muscular chamber that pumps blood to the fourth compartment, i.e., the outflow tract. The appearance of the ventricle can often change as per the body of the fish. It can be sac-like, or it can also come in a pyramidal or triangular shape.

The ostial valves of a fish heart consist of connective tissues, which prevent the blood from flowing backward through the compartments. This valve closes during the ventricular contraction.

Well, in the body of an adult fish, these four fish heart compartments are not arranged in a straight row. Instead, it forms an S-shape with the last two compartments lying above the first two and completes their entire circulatory system.

How do you identify it?

A fish heart is relatively easy to spot. The circulatory system of fish forms a single circuit. The blood flows from their heart to the gill area and then to the rest of their body.

You can find the fish heart to be located just a little behind and below the area of their gills. It is dark red, and has a tiny and triangular shape.

The heart of fish is usually known as the branchial heart. The primary function of the heart is to pump venous blood through the ventral aorta into the gills. After that, the fish heart participates in driving the blood to flow to the somatic vasculature.

The branchial and systemic vascular beds in the fish’s body are arranged in a series.

While some people consider the atrium and ventricles as the chambers of a fish heart, a few consider sinus venosus and conus arteriosus as chambers.

Well, there are some misperceptions about conus and bulbus arteriosus in fish. For example, in elasmobranchs, the fourth chamber of the heart is known as the conus arteriosus.

On the contrary, in teleosts, the same fourth chamber is called the bulbus arteriosus, which acts as a specialized ventral aorta.

Nevertheless, regardless of the fish type, their heart’s performance depends on the heart rate and stroke volume.

At every heartbeat, the ventricle of a fish’s heart pumps blood to the rest of the body. The volume of the pumped-out blood is termed stroke volume, and the respective time of the heartbeat is recognized as the heart rate.

The heart rate of fish gets controlled by neural factors like cardiac filling and circulatory substances. Also, the nerves running through the cardiac pacemaker and muscle influence the heart rate.

The fish atrium is filled by suction, which is developed by the stiffness of the pericardium and adjacent tissues.

The process of venous blood return to the atrium is aided through the ventricular contraction in the systole, which is the reason for a fall in the intrapericardial pressure.

This pressure gets transmitted through the thin wall of the atrium for creating an inspiratory effect.

Can fish have heart attacks?

As fish have hearts, they also suffer from various kinds of heart problems. Fish usually have similar heart ailments like humans. They can develop heart problems due to environmental stress and diet issues.

However, as fish have a shorter life span than humans, they encounter lesser heart diseases throughout their lives. Thus, heart problems in fish are not usually considered deadlier. But they might have a heart attack if they face the most uncertain conditions.

Do jellyfish have hearts?

Though there is a term “fish’ in the name of jellyfish, their body anatomy is not similar to a regular vertebrate fish.

Unlike fish, jellyfish heart does not exist. They lack brains, blood, and heart, which makes them a very simple kind of critter. Jellyfish are usually composed of three layers, which help them perform their essential activities.

Instead of the heart, their skin absorbs oxygen through the water directly and processes it. Since jellyfish do not have blood, there is no need for a heart to pump it.

The fish heart is one of the most critical components in the fish anatomy, which acts as their source of life. Like the human heart, the fish heart also participates in blood circulation throughout the fish body.

Though the fish heart is not robustly efficient as the human heart, it has its traits and functions. The uniqueness of a fish heart lies in its simplified way of working with its main two chambers.

So, if you have some cute little fish in your tank, make sure you are giving them a good amount of food so that they can have good heart health for their happy and healthy living.